If you have any questions, please leave your contact information, or contact us, thank you for your support and trust, we will wholeheartedly provide you with high quality products and services!

The movement of the CFC-320 instrument of Shanghai Yamato's fourth-generation coal feeder adopts the original imported CFC-2000 instrument of Japanese Yamato, with touch screen, color chart, Chinese/English/Japanese/Korean 4 kinds of text display, digitalization and other advanced functions It can be seamlessly interchanged with the CFC-300/301/310 instruments of Shanghai Dahe, and the operation is basically similar.

3) The meter has the following self-diagnosis functions:

④Paperless manual function, as shown in the figure below

⑤Graphic display function, as shown in the figure below

In addition, the CFC-320 meter can automatically detect belt length, and its A/D conversion peripheral circuit has built-in detection functions such as excitation voltage and load cell wiring, so that it can quickly detect faults during operation.

About us
Profile
Culture 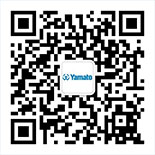